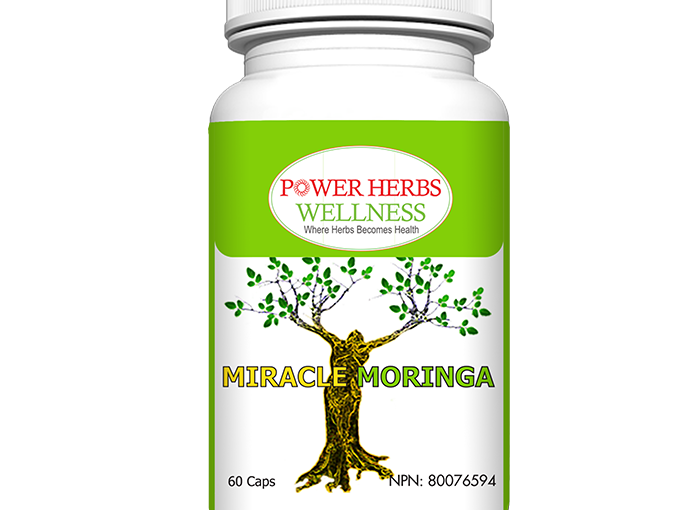 What is that, people are talking about ?

WHY ENTIRE WORLD IS TALKING ABOUT THESE GREEN LEAVES

People Call it the Never Die Tree of the Miracle Tree

Dallas, July 20th, 2012/PRNewswire-iReach/ – The highest antioxidant food ever discovered is now available. In some cultures, Moringa is known as the “Miracle Tree” because of the effect it has on the human body. No less an authority than the World Health Organization uses it in daily nutritional supplement programs for the undernourished children around the world.

June 28, 2012 NEWTOWN, CT – In an independent test, Moringa Oleifera scored the highest in antioxidant. in addition to ranking first in antioxidant content, Moringa Oleifera contains over 90 nutrients such as vitamins, proteins, amino acids, iron and calcium, offering unique anti-aging and energy-enhancing characteristics. The benefits of this “super plant” have been  embraced as one of nature’s most powerful sources of nutrients to support healthy living in India, Africa and South America for  more than 2,000 years. Health and wellness experts in the U.S. including Dr.Mehmet Oz, and in Europe have begun recommending Moringa Oleifera for sustained energy and general wellness. Moringa oleifera was recently featured in “The Dr.Oz Show” as a way to jump start the day and re-energize your life.

Review of Safety and Efficacy of Miracle Moringa

The Obesity is a condition in which excess body fat is accumulated to an extent that health may be negatively affected. Obesity is associated with a number of chronic health problems such as diabetes, heart disease, hypertension and cancer. Obesity is a major risk factor for augmented morbidity and mortality and is associated with various medical ailments.  Moringa oleifera possesses various nutritional and medicinal values attributed to its roots, bark, leaves, flowers, fruits, and seeds. Data revealed that most of the parts of the plant possess antimicrobial activity, antidiabetic, hepatoprotective, and for cardiac stimulation. Recent studies conclude that the extract of leaves of Moringa oleifera possess hypolipedemic and antiobesity potential that protects the body against adverse effects of high fat diet-induced obesity. Further, they demonstrated that the daily supplementation of Moringa oleifera leaves extract may reverse the formation of hepatic steatosis and nonalcoholic fatty liver disorder. Study results established that high-fat diet causes elevation in body weight and reduces lipid metabolism as clearly seen by the marked elevation of liver enzymes and lipid level. However, supplementation with Moringa oleifera leaves extract reverses all the parameters thus suggesting its weight reducing potential.  Findings reinforce the advice of recommending Moringa oleifera consumption to modulate obesity. Moringa oleifera is beneﬁcial to the weight management, but don’t take my word for it,

Moringa, as solution to iron deficiency

Iron deficiency or anemia is very common among people, in particular women. Iron deficiency anaemia is one of the most widespread preventable nutritional problems in the world. Haemoglobin levels of the women in reproductive age can be significantly improved with intervention with Moringa Oleifera leaves.  Moringa has much more iron than spinach. 100 g of leaves or pods, or 25 g of leaf powder could provide all the daily needs of an adult, about 10-20 mg.

Moringa, a Natural Green, we can name it Ayugra? The animal studies  say yes, give me more of that green pills! Moringa seeds and leaves could be an effective and safe alternative remedy in sexual disorders. Moringa has traditionally been used t o boost sexual stamina and desire and to treat male sexual disorders. Scientific tests in rats, confirms that Moringa improve sexual performance, proving this traditional medicine right. In Siddha medicine, the Moringa is used as a sexual virility drug for treating erectile dysfunction in men and also in women for prolonging sexual activity.  Studies confirm traditional believes that Moringa oleifera ingestion may produce increased effects on fertility and reproductive system in adult males. It  also lends support to the claims for traditional usage of Moringa oleifera as a sexual function enhancing medicine. At least in rats it works! You can try some Moringa seeds but please don’t intoxicate yourself with it. Too much stimulation can’t be good for you!

Zeatin in Moringa, Slowing Down of Aging Processes

More and more often Moringa and the plant hormone Zeatin are linked to anti-aging or the slowing down of aging processes in the human body. What is the truth behind these claims? Zeatine belongs to the group of the Cytokinines and is found in plants. Zeatin is a so-called Phytohormone. A look at the Greek origin of the word (zytos = cell, kinesis = movement) gives us a clue that Zeatin influences the growth and development of plants through its effect on cell-dividing processes. In comparison to other plants, Moringa contains a large amount of Zeatin. In ideal conditions Moringa oleifera plants can grow several feet in a short timeframe. This ability for quick and substantial growth of the plant are linked to the effects of Zeatin.  The University of Aarhus in Denmark has carried out several experiments in this regard. Under Laboratory conditions (in vitro) “youth preserving effect” of Zeatin on human connective tissue cells ((https://www.ncbi.nlm.nih.gov/pubmed/15798374 ).  The “Anti-aging” effect of Zeatin that was discovered in the Danish study was mostly based on the following observations: Amongst other things, Zeatin prevented the growth of cells, residue in the cells (intra-cellular debris) was reduced and cells showed an improved ability to respond to oxidative stress. What is important is that all these positive effects of Zeatin occur without having any negative effects on cell-division processes. In conclusion, the study states that Zeatin has no negative effects of any kind. This positive characteristic of Zeatin has seen it become increasingly popular, particular in the cosmetics industry.  A popular belief around Moringa and Zeatin is that Zeatin, due to its “hormone-similar properties” can have positive effects on hormonal levels for women going through menopause or puberty. Scientific research so far has not been able to confirm this. Zeatin is a phyto-hormone and therefore completely different than a human hormone. It can therefore only act as a hormone in plants, but not humans. Another claim often made about Zeatin, which science has not been able to confirm is that Zeatin supports the availability of nutrients in the human body. Nonetheless, for our skin Zeatin can have major benefits.

Want to try out a homemade Moringa facemask? This facemask is easily made. In terms of the ingredients, no limits are set to your creativity. For starters, we just have a simple facemask recipe, but you can tweak it according to your needs and knowledge:

1 tbsp. Moringa powder/1 tbsp. yogurt/1 tbsp. honey 1. Mix the leaf powder and the yogurt until everything is well blended. 2. Now mix the (liquid) honey into the yogurt. 3. Apply the mixture to your cleansed face and leave it on for ten to fifteen minutes. 4. Afterwards wash of face mask with water.

Moringa Oleifera and its abilities

Liver protective activity of the Moringa oil (also known as Ben Oil) has been used as part of a therapeutic regime in Hepatic (Hepatitus) disorders.

The flower bud of Moringa widely consumed in Pakistan has been reported to possess antiulcer activity Moringa oleifera induced potentiation of serotonin release by 5-HT(3) receptors in experimental ulcer model. Potential of Moringa oleifera root and Citrus sinensis fruit rind extracts in the treatment of ulcerative colitis Effect of Leaves and Fruits of Moringa oleifera on Gastric and Duodenal Ulcers Anti-Ulcer and Antioxidant Activity of Moringa Oleifera Leaves against Aspirin and Ethanol Induced Gastric Ulcer.

The antibiotic properties in Moringa have been known to inhibit the growth of microorganisms naturally. The seeds of the Moringa plant contain a natural antibiotic that has been used to control infection. – Antibacterial effect of Moringa oleifera and Annona muricata against gram bacteria – Antibacterial activity of leaf juice and extracts of Moringa oleifera against some human pathogenic bacteria – In vitro antibacterial effect of aqueous and ethanolic Moringa leaf extracts

The antioxidant capacity of ethanolic extract of both fruit and leaf was higher in the in vitro assay compared to aqueous extract which showed higher potential in vivo. Safety evaluation studies showed no toxicity of the extracts up to a dose of 100 mg/kg body weight. Our results support the potent antioxidant activity of aqueous and ethanolic extract of Moringa oleifera which adds one more positive attribute to its known pharmacological importance.

– Assessment of Moringa oleifera for Its Antistress, Antioxidant, and Scavenging Potential

Moringa Oleifera has been used to supplement Anemia. Caused by lack of Iron, deficiency without the harsh side effects of iron pills – Moringa oleifera Leaf Extract Modulates the Evidences of Hydroxyurea -Induced Testicular Derangement – Effect of Ethanolic Leaf Extract of Moringa oleifera on Aluminum-induced Anemia

Potassium, Magnesium, Calcium and Zinc are all essential for the regulation of blood pressure. As Moringa is rich in all these nutrients, it lowers the risk of hypertension by promoting proper blood vessel function